OnPing offers 24/7 customer support. You can contact us for help at support@plowtech.net or submit a ticket request at https://onping.zendesk.com/hc/en-us/requests/new 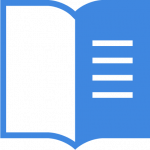 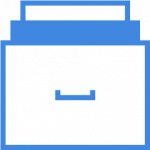 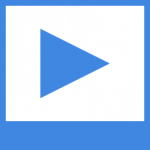 Inferno is a simple language used for reading and/or writing to control/virtual parameters within OnPing. Below, we give an overview of the core features of this language and some examples of sample scripts the users can write.

A core feature of the Inferno language is its type system. Types in a programming language are a way of labeling all values with the kind of “thing” they represent. For instance, within the Inferno language, there are values which are numeric, textual or represent time/timezones (amonst many others). Types can provide useful information to the user and help prevent many common errors when a script contains a mistake (like adding a boolean to an integer, or passing the wrong parameter to a function). These are some of the types present in the standard library:

Besides these “basic” types, there are several more complex types which can be built up from the types above:

There is no need to tell the system what type any of the literals and variables are. It can deduce this iformation automatically and will only warn the user in case of a mistake.

Literals are values that you write directly in the script, like 0.8 or 120.
There are three kinds of literals:

Variables are names that represent values, like foo or bar. They always start with a letter and are followed by zero or more letters or numbers. Examples of valid variables are: x, y, MyVariable, ThisIsAVariable, this2isavariable, Year2018.

Certain functions in the standard library are not guaranteed to return a value. This is indicated by the optional type, which has two values:

Values, variables and other constructs can be grouped together into tuples, for example, if a function returns multiple values. Tuples are formed by appending values in brackets, e.g. (0.80, "Hello world!"), which has the type (int, text) . We can also indicate the return of a “unit” value by the unit/empty tuple (), not to be confused with the optional value None.

An enum is a user defined set of names/labels which can be stored inside a control parameter instead of a simple double value. Using an enum may be useful, if the parameter value represents a discrete state of a system rather than a continuous value, such as pressure or flow rate. For example, the bool type is an enum with the labels #true and #false. Another example of an enum might be a plungerState enum, with #rising, #falling or #disabled states. Using enums has multiple advantages described further below, not least of which is better readability of scripts.

Like we mentioned earlier (see the Types section), a variable can contain a function. To apply an argument to a function, simply put the argument you want to pass tothe function right after the function variable. For example, if we have a function called f of type double -> bool, we can apply an argument 3.14 to f, simply by writing f 3.14. The result will have type bool.

A let statement can be used to introduce temporary/intermediate values within a script:

Unlike most programming languages, if statements in Inferno are expressions. This means we can assign an if expression to a variable or pass it to a function:

The match statement is like a more powerful if statement, which allows us to pattern match not only on booleans but also other enums as well as optional types. The syntax for a match is as follows:

Like the if statement, a match is also an expression, assignable to a variable, which means all the branches must return a value of the same type. A match statement can be used instead of an if statement:

It can also be used to inspect the value of an optional type:

In this instance, we analyze the result of calling latest pid1, which may rerturn a None value. The branches of a match must always be total, namely, we must handle all the cases for any given type, i.e. we must have a #true and a #false branch for bool, a Some x and None for option of *, etc. If we only care about one specific case and want to lump all the other cases into a “catch all” we can use the wildcard _ pattern:

It is also possible to match on multiple values at once with the use of tuples:

Assertions in scripts can be used to check invariants/assumptions made about the data being processed, e.g.:

Arrays can be useful in scripts when pulling data from several virtual/control parameters and aggregating the results. The Inferno language does not offer direct manipulation of arrays via indices, to prevent usual errors with out of bounds array access, etc. However, the language includes array builder notation which allow for modifying and filtering arrays. The syntax of array builders is thr following:

The array builder notation allows for filtering of elements

applying a transformation to each element of an array

or combining several arrays by taking their product

Modules are a way of organizing reusable functions/scripts into units which another script can depend on and import.

Addition (+) and subtraction (-) can be used with Int, Double, and EpochTime.
Multiplication and division only with Int and Double. Division always gives a result
of type Double, to account for potential inexact divisions.
Exponentiation is done with **. For example, 2 ** 3 = 8.

The boolean values are #true and #false.
The function not :: bool -> bool gives #true for #false, and #false for #true.

The operator ` :: Double -> Int -> Double truncates a number to the given number of decimals. TRUNC is also accepted.

All operators work with Int and Double, and only values of the same type can be compared.
The available operators are:

The functions abs and negate can be applied to values of type Int or Double. The function
abs returns the absolute value of a number, and the function negate calculates the opposite
number.

These functions work with Word16, Word32 and Word64 types. We would refer to them as WordN in the following
functions.

Three functions are available: toWord16, toWord32 and toWord64. They all work for all unsigned integer types.
If the target type is smaller than the argument type, any excess bits will be truncated. The function toWord64 can
also be used to produce a Word64 from an Int, which will have the same bit representation as the original Int but
might have a different value.

What are your Feelings

Still stuck? How can we help?

How can we help?